I dreamt I was on a baseball team with only 2 innings left. In this dream, as my team and I had just finished the 7th inning, we were jogging back to the dugout. That's when I was looking back at a scoreboard in the outfield. It showed only 2 innings left in the game. I then awake with a confirmation sign thru my phone. It reads 2:00 am, confirming 2 years left in this present economic game that's being played .

Trump announced travel to Europe suspended. The Nordic nations that day began their shutdown. Disney World and cruise lines closed that day. 11 State Governors declared a State of Emergency that day. NY Governor shuts down all broadway musicals and bans most gatherings that day.

The main financial event, the Stock Market crashed, the DOW plunging 10% that day, which made it the biggest one day drop since the crash of 1987. 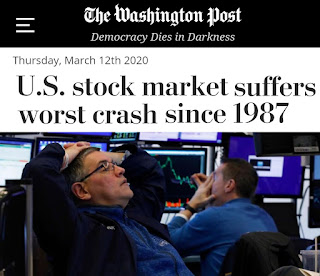 The Pentagon, the House and Senate shutdown all tours that day.

This all happened on the 2 year anniversary of my God given, March 12th, 2018 dream. If there was a day we could point to for the climax of the shutdown and shock to the economy, March 12th would be that day! Seeing this dream come to pass, at the peak of the economic crash foretold, from 2 years ago, to the day, is quite an incredible timing! Praise God! What a simple, but amazing dream! I also have this dream recorded in a previous rough release of my book, from back July, before I discovered this March 12th exact day fulfillment. And here I thought, it was just a simple dream of a general timing. Not so! God had it given 2 years ago, to the exact day of the peak, State of Emergency, Covid 19 shutdown!

Prophecy to the exact day fulfilled! 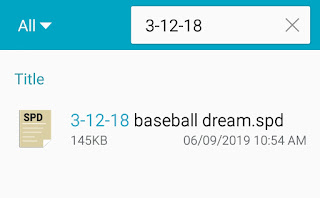